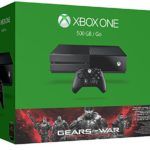 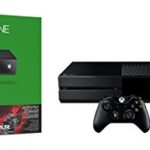 Own the Xbox One Gears of War: Ultimate Edition Bundle, featuring a full game download of Gears of War: Ultimate Edition and the Superstar Cole multiplayer skin. Experience the original Gears of War rebuilt from the ground up in 1080p, including 60FPS competitive multiplayer with 19 maps and six game modes, and five campaign chapters never released on console. This is the first Gears at its best – a bundle for veterans of the series and newcomers alike.
This bundle includes: 500GB hard drive Xbox One Console, full-game digital download of Gears of War: Ultimate Edition, newly updated Xbox One black wireless controller with a 3.5mm headset jack so you can plug in any compatible headset, 14-day trial of Xbox Live Gold, AC Power Cable, and an HDMI Cable.
Play five campaign chapters never released on console and experience competitive multiplayer in 60FPS with 19 maps and six game modes.
Quickly switch between your games, live TV, and apps like Amazon Video, Netflix, YouTube, and HBO GO.
Play select Xbox 360 games on your Xbox One with backwards compatibility.
Stream your Xbox One games to any Windows 10 PC in your home. 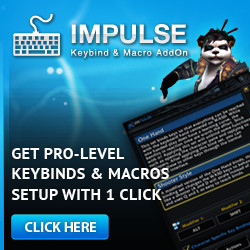